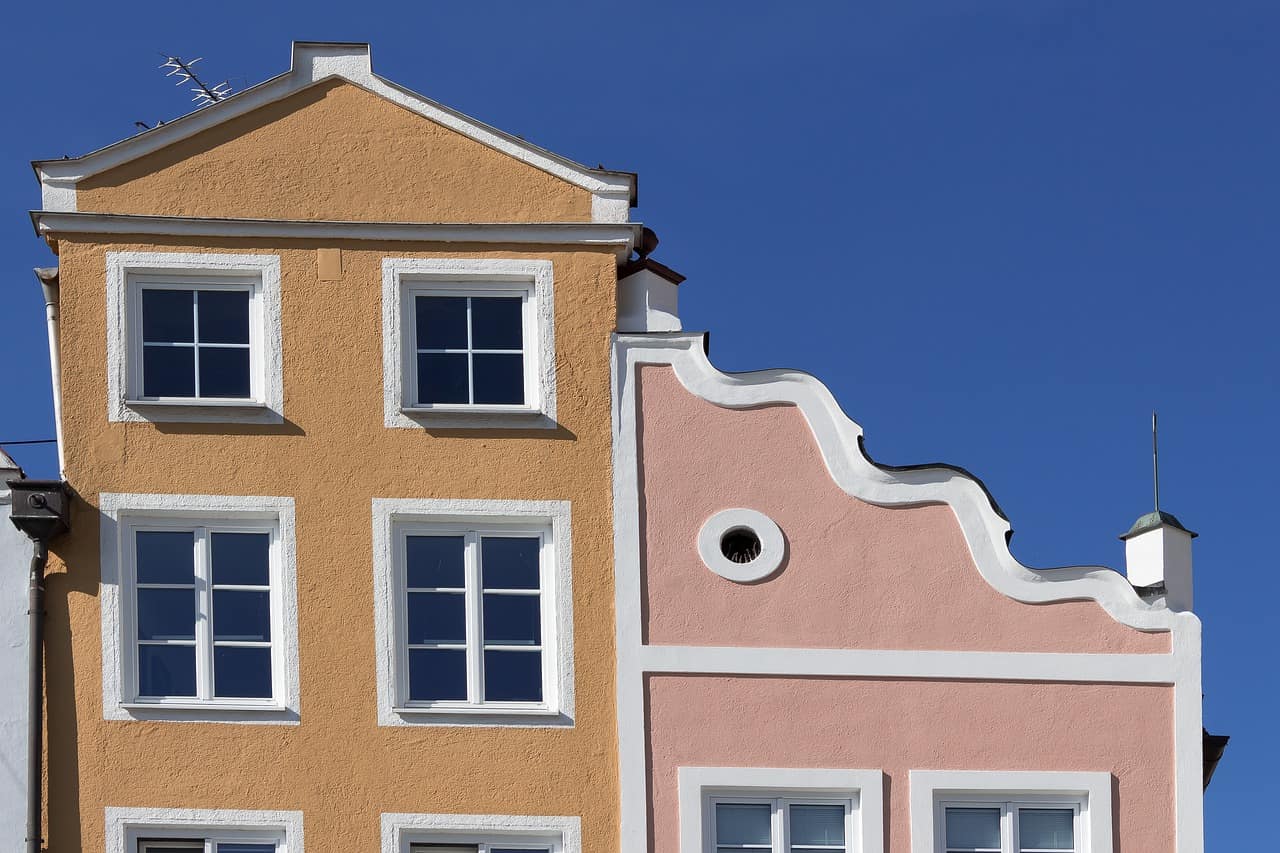 Cladding is one of the essential layers of your house because it offers insulation and protection from the elements. Think of cladding as the skin of your house, the protective outer layer which protects and improves your house’s appearance. There are many ways to clad your house,  including bricks, weatherboarding, and vertical tiling,  but by far the most popular and common among them is render.

By definition, rendering is the utilization of cement to outer or inner brick or concrete walls in order to accomplish a soft and deliberately textured facade. This process is also called solid plastering,  and it is normally carried out by qualified craftsmen. It has been used in Europe for centuries. Rendering works really well for an entire variety of house styles, and there are numerous advantages coming from rendering a house,  from covering up unattractive elements of the facade to remodeling an exterior as a portion of a renovation.

The Application of Render

The standard render formula includes the usage of cement, sand, and water, with the recent addition of lime thrown in a mix. The lime is here because it gives more elastic properties to the render, which then becomes more enduring and less inclined to splitting after it dries. After the render is mixed it is applied in thin, smooth layers over the surface. depending on the preferable texture of the surface,  render can be applied by using a trowel, a brush, a hessian bag or a sponge. The modern versions of render implement various modern materials, such as acrylic products, minerals, polymer, and silicone.

There is plenty of reasons why rendering is beneficial to your property, but it could be boiled down to two main advantages. The first is the protecting aspect, as the cladding protects the underlying walling element from the influences of climate and rainwater invasion. The second one is aesthetically based, as cladding provides an attractive appearance to the house. We will get more on that later. Even if you live in a modern house you should consider rendering, because that’s an investment that pays off momentarily and it will last for decades. However,  rendering is a pretty expensive process, so it is advisable to consider if rendering is really necessary, not only because it is quite costly to put on, but also to remove or replace. Even if you opt for rendering, you have to choose between one of many rendering types, as well as the insulation options.

If the outer walls are the skin of your house, you may consider rendering a facelift. It is surprising to see how previously unsightly buildings can shine after giving them a smooth reskin. Some 50 years ago the favorite render was pebbledash, but from today’s point of view, it looks dated and not very aesthetically pleasing, especially considering that pebbles have a tendency to fall out, which not only made the walls look like a measles victim but also left the outer walls vulnerable to elements. Luckily, thanks to the new technology, it’s possible to undertake quick rendering repairs, which completely remove and replace old and worn-out layers of render with a new one. That is a good way to boost the aesthetic and commercial worth of your residence.

Except for aesthetic values,  the main merit of rendering is its protecting properties.

The walls made exclusively of bricks have an inclination to get damp, especially if they are bared to the elements over an extended interval of time. Putting an outer layer to the walls keeps the water from entering and prevents this form of damage to occur. This goes for older, brick made residences, the newer ones solve the damp issues with a cavity wall. Except for damp protection, the house rendering also provides some heat insulation. The studies have shown that an average home loses one-third of its heat through uninsulated walls. However, for the full effect, it’s advisable to undertake external solid wall insulation. It is a bit more expensive, but there might be various grants that are available for external insulation, so you might happen to spend less money on rendering with insulation than you would on rendering alone.

There are multiple reasons why you should provide your residence a render, most obvious being the improvement of your home’s exterior. There’s a stark difference between a rendered and non-rendered building, and there are multiple options of materials, colors, and level of insulation you can choose from. Furthermore, rendering provides enhanced protection against heat loss, water intrusion, and other outer effects. The process requires some investment, but its effects are long-lasting and considerably advantageous to your residence.