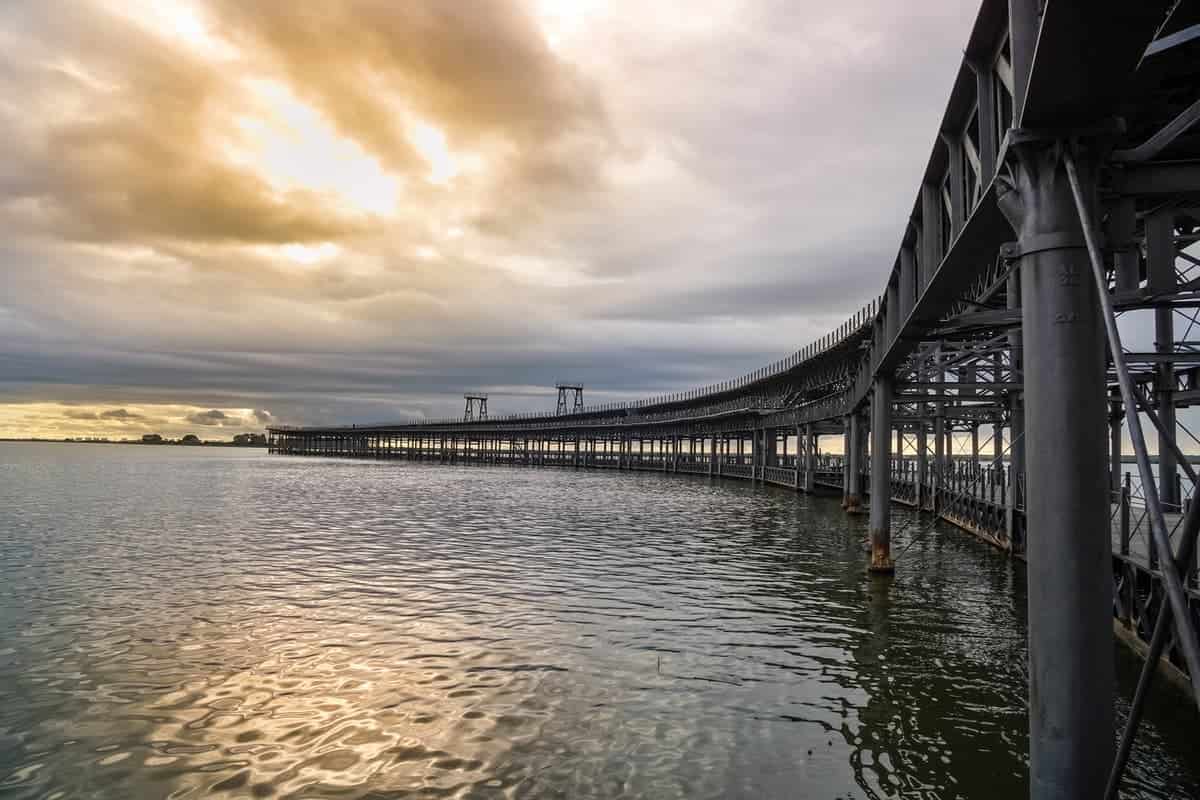 In this post, you will gain information on the possibility that the drainage works will cause the development of a new nursery in Wishaw to be delayed. Meanwhile, one of the UK’s largest waste recycling plants is being built by CDE, a leading sand and aggregate wet processing solutions provider for the waste recycling and natural processing industries. Also, as a result of falling revenue, notably in the environmental advisory industry, Capita has decided to sell up some of its “non-core” real estate and infrastructure businesses. Recently, Loop Technology participated in the Farnborough International Airshow (FIA), where it displayed its products in conjunction with Fanuc, which invited the firm to display as part of its booth. And to top that, the most recent round of overnight closures on the A31 at Ringwood has been announced, and work on the new bridges is about to get underway.

Original Source: Drainage works approval could have an impact on completion date of new nursery in Lanarkshire town

The drainage works could postpone the construction of a new nursery in Wishaw.

North Lanarkshire Council said the new nursery at the former Wishawhill community center will be open by early October, although delays are possible.

The council wanted to build a new early years facility in Heathery Park, but withdrew the plan after drainage issues were detected. The Wishawhill community center was renovated to house the nursery.

Building was supposed to begin in February, but a contractor wasn’t hired until April. Completion is slated for October.

Drainage issues could delay the next site, ironically.

In a recent update, North Lanarkshire Council’s Education Service told councilor Nathan Wilson that the work is still on track for October 7.

A delay in Scottish Water authorisation for on-site drainage works could push the completion date beyond then. The project’s contractor is preventing more delays.

The local authorities confirmed that a 13-space parking lot for workers and families at the nursery has been constructed.

Councilor Wilson said, “The new nursery under development in Wishawhill is a very significant project in the area.” It’s critical for local families to have an early years institution on their doorstep.

Wishawhill is the only one of the council’s eight new 1140-hour nursery buildings that remains unfinished.

“Another delay is concerning, and it would be disappointing if the new nursery wasn’t done by 2022.”

“Confirmation that the parking infrastructure has been built is encouraging, and I hope to hear good news about the nursery building in the coming months.”

CDE, a major supplier of sand and aggregate wet processing solutions, will commission its largest waste recycling plant in the UK for Peel NRE, part of regeneration enterprise Peel L&P.

Its investment in a new C&D waste recycling plant, developed and engineered by CDE, is the next step in its commitment to combating climate change.

The plant will be commissioned in Port Salford in Eccles, Greater Manchester, a planned tri-modal freight hub and distribution park on the Manchester Ship Canal.

When operational, the waste recycling plant will process C&D waste to provide recycled sand and aggregate for Peel L&P projects, including Port Salford and other Greater Manchester developments.

Peel NRE’s investment in CDE is its first foray into wet processing and the next step for the new natural resources and energy business.

“Our aim at CDE is to create our best world, a ton at a time, and for Peel L&P, a successful and sustainable future for everybody.” Our two companies are focused on a greener future, so the partnership has a lot of synergy.

When our CDE solution is operational, it will assist in the development of a circular economy in the North West and facilitate sustainable construction in Greater Manchester and beyond.

Peel NRE’s head of development, Kieran Tames , says the company invests in the newest technologies to recycle valuable construction products for its own projects.

This machinery will turn construction and demolition debris, one of the country’s greatest waste streams, into building materials for Port Salford and other Greater Manchester construction sites. It contributes to a circular economy and can recycle 240,000 tonnes of construction waste each year.

“With CDE’s expertise, we’ll have the technology to turn yesterday’s waste into tomorrow’s opportunities for a sustainable and successful future for all,” Kieran says.

Kieran Tames and other Peel NRE executives joined CDE at this year’s Hillhead to discuss the project and how CDE’s wet processing technology is used by leading organizations globally and in the UK to divert waste from landfill and extract value.

WSP will buy two real estate and infrastructure businesses from Capita. The acquisition continues a sequence of Capita divestments as the London-listed corporation strives to strengthen its financial sheet, reduce debt, and focus on core divisions.

With the US$1.81bn acquisition of Wood Group’s Earth & Infrastructure business, WSP’s UK employment will reach 9,000 (up from around 6,900 FTEs just over a year ago when it acquired Golder). WSP aims to deepen competence in property & buildings, water, energy & industry, transport & infrastructure, and the earth & environment.

The inclusion of the two Capita operations “will strengthen our experience across strategically critical growth markets,” said WSP UK & EMEA CEO Mark Naysmith. “WSP’s core strength is the ingenuity and skill of our people.” We look forward to supporting and strengthening our combined public and private client base.”

Capita REI has won long-term, multidiscipline contracts from the Environment Agency, local authorities, water utilities, and UK transport organizations, notably Network Rail. It lost a bid for the Agency’s £1.5bn collaborative delivery flood and coastal risk framework in 2019, after working on the preceding WEM framework. Through a JV with Black & Veatch, REI won a client support framework position. As part of a diversification strategy, REI won environmental services contracts from DIO, Southern Water, and Transport for Wales in 2019 and 2020.

REI’s overall revenues fell 25% to £104.8m in FY20 with 1,355 employees. REI’s environmental consulting revenue fell 20 percent to £14.4m during the same period, mainly due to the early termination of HS2 project work, a pandemic-related slowdown in construction and property compliance work, and staff furloughs. However, REI reported a recovery in the second half of the year.

According to Capita, REI and GLH had combined sales of £88.6m and profit before tax of £5.1m in 2021. Their combined gross assets were £124,2m in 2021. They will be Capita’s fifth and sixth businesses sold this year, after three IT and software enterprises and two insurance firms.

Lewis revealed plans to sell non-core assets in 2018, claiming the company had grown too thinly distributed across markets and was too short-term.

A Fanuc R-2000iC/210F robot held the arctic-camouflaged FibreFORM module. They attracted global aerospace manufacturers and suppliers. FibreFORM showed visitors how to load a big ply into a 3D mold tool to produce a preform stack. They watched as it changed shape and demonstrated its 6-axis flexibility.

“This was our first time showing at the Farnborough International Airshow, and it was amazing to demonstrate our latest FibreFORM design alongside our friends at FANUC,” said Loop Technology’s Adam White.

The module shown is part of ASCEND (Aerospace and Automotive Supply Chain Enabled Development), a UK industry collaboration led by GKN Aerospace that intends to accelerate the development of composite materials and process innovations for next-generation energy-efficient aircraft and future mobility. Incla’s step-change reduction in energy consumption, lighter structure, and lower profile to accomplish the same pick area increases its efficiency and accessibility to different sectors.

“FibreFORM can be integrated into a full turnkey system using a deployment platform like a FANUC M-2000iA series robot,” said White. “The Airshow model was 1.5m wide but a single unit.” With the correct deployment method, it can pick up a 20m-long ply for aircraft wings, or even longer.

As with other industries we service, having a good range of partners who can deliver entire solutions to satisfy clients’ needs is vital to our approach, said Oliver Selby, Fanuc UK’s robotics business development manager. FANUC is interested in Loop Technology’s specialty composite production solutions. Loop’s technology and adaptability as a solutions partner pair nicely with FANUC’s.

Crews are on pace to conclude the A31 road widening and bridge replacement project by late November. The next phase will bring 45m long beams to the site to begin rehabilitation.

Two two-night closures will occur in August. The A31 westbound lanes (towards Bournemouth) will be closed on Tuesday, August 9 and Wednesday, August 10 from 8pm to 6am.

The westbound A31 bridges were demolished and removed one week early on June 22.

The path between West Street and Verwood Junction has been resurfaced and widened.

National Highways: “These new 45-meter beams will be difficult to install.” To elevate the beams, we’ll close the A31 westbound lanes for two nights. Once these are installed, we may create new bridge decks. “

It is most likely that you have accumulated new knowledge and facts as a result of reading this content. Recent information provided by the Education Service of North Lanarkshire Council to councilor Nathan Wilson indicated that the work would be completed by October 7th. If Scottish Water delays authorizing on-site drainage works, the completion date may be delayed further.

Also, Kieran Tames and other Peel NRE executives joined CDE to discuss the project and how CDE’s wet processing technology is used by leading organizations worldwide and in the UK to prevent trash from being thrown in landfills and to recover value from it.

Furthermore, according to John Lewis, Chief Executive Officer of Capita, a competitive sale procedure was followed when REI and GLH were sold to WSP. Through the sale of non-core operations, Capita will continue to bring down its debt. Lewis announced his intention to sell non-core assets in 2018, citing the fact that the corporation had become too short-term and had been too thinly scattered across markets.

While everything is going on, FANUC is considering acquiring the specialized composite manufacturing technologies offered by Loop Technology. Both FANUC’s technology and Loop’s agility as a solutions partner complement one another very well.

And the road expansion and bridge replacement project along the A31 is now on track to be finished by the end of November. In the next phase of the project, beams measuring 45 meters in length will be brought to the site to begin the repair process.