Famously, AAC is described as a cement paste that has gas bubbles introduced inside them. However, aerated concrete contains a substantial amount of siliceous materials in the form of silica flour, ground burnt shale, and pulverized-fuel ash.

Cost is an important issue about aerated blocks. Most times, people consider a lot of things besides looking at aac block price. They focus on logistics, shipping costs, and easier means to transport. However, if your building is close to a facility, you would benefit as the cost will reduce.

Aerated blocks have a low density, which ranges between 25-50lb. The lighter aerated concrete blocks are used for insulation purposes but have indifferent strength. Nevertheless, the heavier grade of aac blocks has higher straight with low insulation value. The density range for the heavier grade ranges from 40 to 50 lb. per cubic feet.

The assessment of declared strength values from several sources is considered difficult due to different testing methods, shapes, and samples. The size and shape are significant because they can affect the outcome of the block by 30 percent.

Aerated blocks have a low modulus of elasticity compared to conventional concrete.

Are you missing the benefits of using autoclave aerated concretes? AAC blocks are important building tools that have been in existence since 1920. If you think it is not worth using today, here are a few reasons to change your perception of aac blocks.

Thinking of using aerated blocks for your next building project,  MGN Builders Merchants has  a wide range of aerated blocks at the most competitive prices.  These blocks are used in many building constructions, including residential, commercial, industrial, hotels, and hospitals. AAC blocks’ lightweight material provides the best thermal and sound insulation you need for your home today. 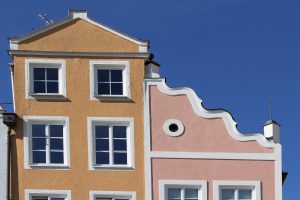