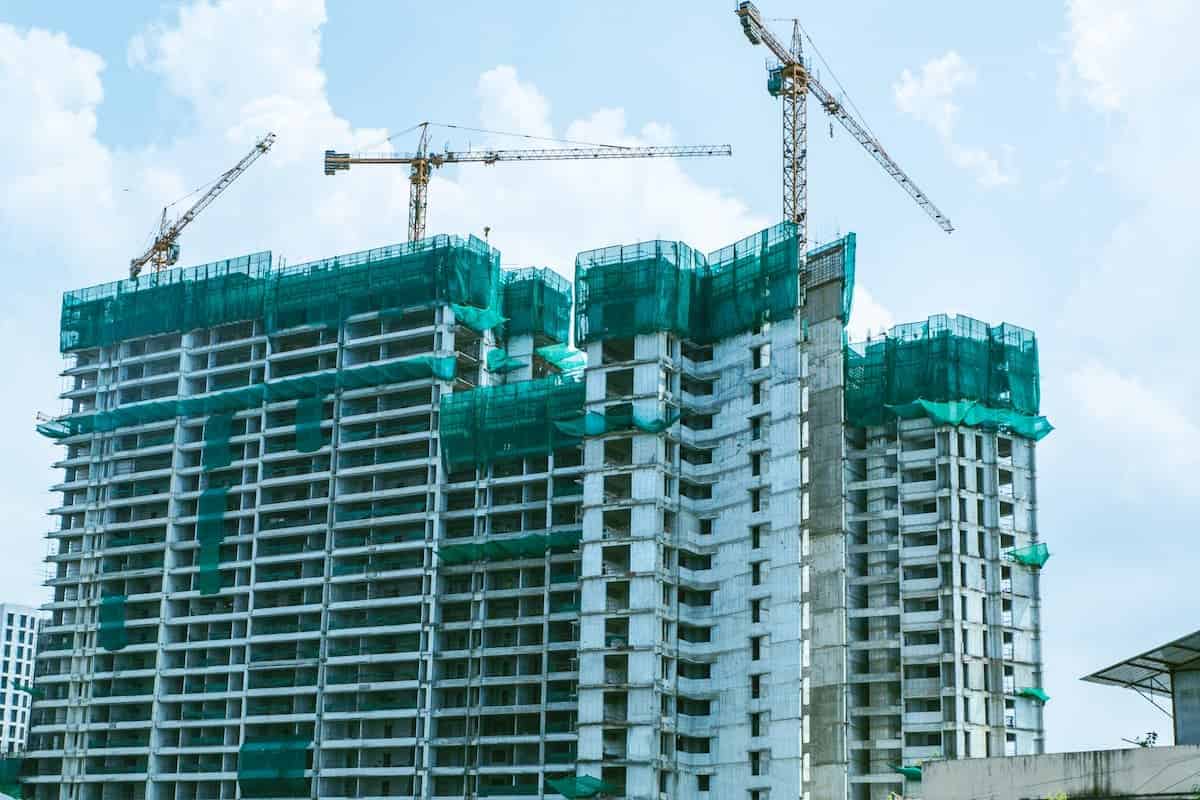 In this post, we will talk about a regional framework that is worth £750 million and names eight contractors, the need to hire and keep more women in construction jobs, the effect that the Building Safety Act of 2022 will have on construction, and the alarming rate at which local builders are disappearing in the United Kingdom.

Eight companies are on a £750m building framework for the Midlands and East of England.

From August, the enterprises will assist local authorities and public-sector organizations achieve “ambitious, community-focused building projects” up to £7.5m, with an emphasis on net-zero objectives.

Scape said the four-year framework will expand on its existing “Regional Construction” structure, which has delivered 400 projects in four years.

The deal will provide £300m for improvements across Derbyshire, Leicestershire, Northamptonshire, Staffordshire, and Warwickshire.

Lot 3 and 4 will be in Lincolnshire, Nottinghamshire, and Rutland.

This will assist the public sector’s high environmental goals and enable an effective response to the climate emergency.

The direct award approach aims to save money, promote sustainability, and boost local economies, he said.

Scape oversees 1,800 live projects and is a NACF member. Buying power is £18bn.

Mace was picked to deliver up to £2bn in building work at London’s Greenwich Peninsula over the next decade, and Balfour Beatty was named to a £1bn four-year motorways framework.

Original Source: Employers need to attract more women into construction and retain them

Many of us have fought for years to recruit more women. Unfortunately, progress has been little.

Only 13% of the construction business in the UK is made up of women, a statistic that hasn’t increased in 20 years. While the percentage of female engineers has risen to 14.5%, it’s still a male-dominated field.

A leaking pipeline is visible from the beginning of a career. According to a 2021 analysis by Atkins, women quit construction at twice the rate of males, and one in 10 women aged 20-34 depart each year.

We must perceive the inequality as more than that to properly address it.

Our sector faces a long-term skills shortage as older generations retire and aren’t replaced fast enough to satisfy demand. We can’t lose so many talented individuals.

How can construction and engineering employers attract and keep more women?

We must influence how young people and their parents see the industry’s responsibilities and potential. Many still conceive of construction as a hands-on industry. Not true for most grads.

Chances abound. Graduate engineering earnings are among the highest in the market, thus this isn’t true. Anyone who’s worked in the industry knows that young engineers are in demand.

Employers and industry groups must raise awareness. Women into Construction, the Royal Academy of Engineering, and Construction News’ Inspiring Women in Construction and Engineering project are important role models.

We must also retain mothers. We must share childcare more. Employers must lead, and it’s great to see Kier and Wates enhance their paid paternity leave programs.

Flexible working must not make workers less visible in organizations and lose professional growth possibilities. Some recommend quotas for women in high posts, but caution is essential.

Selecting a candidate for a demanding task based on their gender or other identification trait is dangerous. Overpromoting someone to meet a quota increases the likelihood that they will fail, harming their career and the industry’s opinion of women.

Instead of quotas, organizations should have strong objectives to promote diversity at the top and be willing to make long-term investments. This entails engaging with educational institutions to alter unfavorable attitudes. It entails giving training and support at every level to fix the “leaky pipeline.”

The industry is acting, but much remains to be done. With current and prospective skills difficulties, firms can’t afford to lose female workers to other industries.

We must teach the next generation that building and engineering are for everyone, and nurture exceptional women as they advance. Future gains will be worth the initial effort.

What will the Building Safety Act of 2022 mean for construction as of today?

The Building Safety Act 2022 comes into force today, five years after the Grenfell catastrophe, which killed 72 people. It aims to improve regulation in the UK’s built environment.

The basic law will safeguard leaseholders and shake up building standards, but supplementary legislation and guidelines will determine much more in the coming months and years.

The act is responsible for launching a new Building Safety Regulator (BSR).

The agency, controlled by the HSE, would “implement a new, more stricter” regulatory framework for “high-rise” structures in England.

A new Residents’ Panel will respond to residents’ safety concerns.

High-rise structures are at least 18 meters tall and include at least two residential units. It applies to care homes and hospitals that reach the same height.

The National Regulator for Construction Products will undertake market monitoring to discover and eliminate harmful items faster. It will also conduct and commission its own product testing to investigate noncompliance.

The watchdog can “confront substandard practice” and punish rulebreakers. This involves entering, inspecting, and searching facilities or removing things from the market.

The new authority will impose sanctions for old, new, and future items.

From today, the government can prohibit reckless developers’ right to build new houses, even if they fail to correct life-critical fire-safety problems on structures exceeding 11 meters.

All new residential structures will pay the Building Safety Levy. The move is likely to earn £3bn over 10 years to fund the removal of hazardous cladding on 11-18 metre buildings when the developer cannot be located or agrees to pay ahead.

The statute allows building owners to sue developers, constructors, and manufacturers for poor construction and faulty items that made dwellings inhabitable in the last 30 years.

Leaseholders in buildings taller than 11 meters or with at least five stories will be safeguarded against exorbitant building safety fees. Includes:

Freeholders will be unable to pass on historical building safety costs to qualifying leaseholders if they pass the wealth test. Buyers of new-build homes will be able to hold their developer liable for unsafe cladding.

Today represents a historic turning point for building safety in our nation, as we adopt a strong, new system to make houses safe and rid the industry of poor behavior.

Hundreds of thousands of innocent leaseholders now have legal protection, releasing them from a financial burden.

“I’m glad most of the biggest developers have decided to help.” More work remains. We’re working with lenders to open the mortgage market and enable leaseholders to move up the property ladder, and we’ll stay alert if anybody fails to keep their promises.

The collapse of the privately held building business, which employed 300 people and had a £290m turnover last year, reverberated through Torquay, delaying work on a hotel and left 1,700 subcontractors unpaid.

Construction is increasing in the UK, yet many builders are going bankrupt.

Matt Mawhinney at Midas’ administrator, Teneo, is dealing with a dramatic spike in requests from troubled building businesses and their lenders.

In the year to April, 3,400 smaller UK construction firms went bankrupt, the most since the financial crisis. In April alone, over 400 went bankrupt, a 50% rise from January 2020, before the outbreak, according to the Office for National Statistics. Construction bankruptcies exceed all others in the UK.

Typically family-run and employing fewer than 50 people, these enterprises are hurt by increased shipping, energy, material, and labor prices.

Congestion in China’s supply chain has contributed to higher shipping prices, delays, and shortages of building supplies. The cost of a 40ft container from China was $11,000 at the start of the month, down from $14,700 in October but up from $1,500 in summer 2020.

Energy expenses are driving up the price of commodities like steel and the cost of employing plant equipment on construction sites.

The outcome is soaring prices for construction supplies, which account for 20-25% of most building costs. Timber was up 30% in the year to April 2022 and manufactured steel by 45%, according to the UK government. Reinforcing bars for concrete are 60% more costly than a year earlier.

Labour shortages caused by Brexit and the epidemic have pushed up salaries in the sector by over 10% in the past year. EU workers and early retirees have led to a 244,000-person drop in UK construction jobs.

Noble Francis, economics director of the Construction Products Association, said the combination was “awful” for smaller businesses. He’s worried that enterprises would face a further spike in costs for materials, plant, and equipment when long-term electricity contracts expire.

“There’s a lag impact following Russia’s invasion of Ukraine because enterprises employ forward contracts for energy and pre-purchase supplies and products,” he said. That delays the issues rather than fixes them, so insolvencies are only beginning today.

Simon Rawlinson, head of research at consultancy Arcadis, said insolvencies will climb after the end of pandemic protections such Covid loans and furlough compensation. But the number of insolvencies “is escalating” he noted.

Beijing’s move to impose a second shutdown last week shattered hopes that the lifting of Covid restrictions in Shanghai would normalize Chinese production throughout the summer and reduce westbound congestion.

Berkeley, London’s largest developer, warned that the number of new houses created in the capital might half in the coming years due to increased building costs and development levies.

Some of the greatest infrastructure projects, including HS2, have been affected. Mark Thurston, CEO, stated the London to Birmingham high-speed train faces 30-40% raw material price volatility. Steel costs £800 a ton, £350 higher than a few months ago.

Inflationary pressures impact smaller builders hardest because they lack demand insight, the cash to acquire goods in advance, storage space, or the capacity to pass on costs to clients, especially when fixed price contracts have already been accepted. Accounting, VAT, and insurance cost changes have also hurt the sector.

Rising material costs force companies to raise prices to be solvent, but customers are tightening their belts due to the cost-of-living issue.

Sarah Collins, the company’s administrator, claimed the collapse was “typical” of building insolvencies she handled. This isn’t generally due to poor management; contracts don’t change with the economy and consumers aren’t prepared to bargain. It’s a tough atmosphere.”

Midas and Fireclad said nothing.

We hope that you now have a better understanding of the impact that the Building Safety Act of 2022 will have on construction as well as the need to employ and retain more women in construction positions. We also talked about the regional framework worth £750 million named eight contractors and the worrisome rate at which local builders are disappearing in the UK. Stay tuned for more construction news updates. 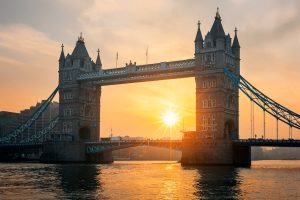