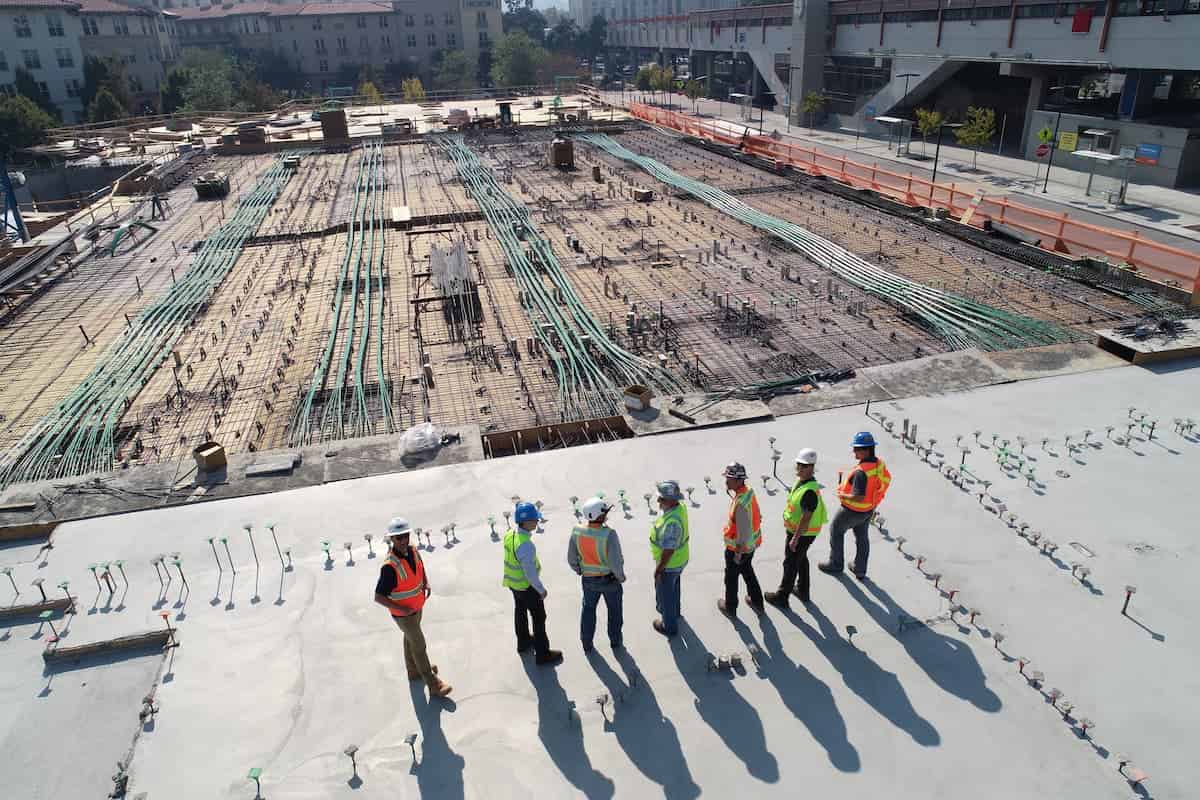 In today’s post, we look at SeAH Wind’s £400 million plant will employ twenty construction senior construction roles. The Kendal Flood Risk Management Scheme is still under construction, and work is set to begin in two more places in the coming weeks. Concrete carbon emissions are to be reduced by major contractors by signing a pledge. The Battersea Power Station project has been completed to a high degree of practicality.

20 positions in construction at the £400 million SeAH Wind project

The first job at the site, an HR Manager role, was advertised in May. Now, K2 Consultancy Ltd will be advertising Site Manager, Site Engineer, and Construction Manager jobs.

Teesworks Skills Academy can help locals secure these jobs – and future employment – if they register their interest on the website. Administrators, Project Quantity Surveyors, Logistics Managers, Health and Safety Advisors, and more are needed.

The news comes one day before the official ground breaking of the site (7 July) at Teesworks, the UK’s largest industrial zone and home to a park in the Teesside Freeport, the UK’s largest and first operational Freeport. It’s the first private-sector-funded project at a UK Freeport and will be the world’s largest when complete.

When we announced the first SeAH Wind position in May, we knew the next would follow. On the brink of breaking ground, we can disclose the newest wave of well-paid jobs for locals, with many more to come.

As development on the site picks up in the coming months, opportunities will grow.

SeAH is devoted to helping our supply chain businesses grow. Hundreds have heard about SeAH, and this year’s Tees Valley Business Summit will be another occasion for the South Korean corporation to encourage local firms and skills.

If these jobs sound right for you, apply, and keep a look out for more in the coming weeks and months.

Mary Lanigan, leader of Redcar & Cleveland Borough Council, stated, “These are real, high-quality, long-term jobs our people rightly deserve – and this is just the beginning.” It’s another indicator that years of labour to unlock Teesworks’ potential are paying off. Now we must fight to bring more industries and decent jobs to our region.

Several large contractors have promised to minimise concrete carbon emissions as part of a global campaign.

17 concrete-using enterprises have signed the ConcreteZero pledge to achieve net-zero concrete by 2050.

This article includes a list of companies that have signed the pledge.

ConcreteZero members will monitor and report carbon emissions from the concrete they use to achieve a global standard for low-emission and net-zero concrete.

Concrete and steel emit as much as worldwide road travel, and demand is rising. We can’t solve the climate challenge without substantial industrial action.”

Concrete production provides 8% of global yearly carbon emissions, and the cement business is the third-biggest.

Laing O’Rourke’s head of sustainability for Europe said the company is happy to be a founding signatory of the Climate Group’s ConcreteZero commitment and to lead the industry transition to net zero.

“Our sector needs to move faster, and by working together we can boost worldwide demand for low-carbon concrete.

“We look forward to working with our clients, partners, and supply chain to further this agenda.”

As a founding member of ConcreteZero, Mace can collaborate, share information, positively impact and create significant change, and expedite its response to the climate emergency.

Environment Agency and VolkerStevin will start work on two new locations and have finished part of the Kendal flood plan.

Minor improvements are nearing completion, and the riverfront footpath has reopened after new flood defences.

Beezon Field Nature Area earthworks and paths are complete. Over winter, the land will be planted and reopened in 2023.

From The Bridge Inn to the new Gooseholme Footbridge, a flood wall will be built to protect Lambrigg Terrace, Melrose Place, and Sand Aire House.

In the next weeks, the Environment Agency will begin building in Kendal to safeguard homes and businesses against floods.

We know the work will affect locals and will try to minimise the impact. As work progresses, we’ll update the community.

The Kendal flood Information Hub is open every Tuesday and Thursday on Little Aynam from 10am to 4:30pm. Residents can drop by to learn about the flood plan and ask questions.

Battersea Power Station has completed its eight-year repair of the Grade II* edifice. This is a crucial milestone as the landmark prepares to open this fall.

Designed by Sir Giles Gilbert Scott, Battersea Power Station was erected in two sections that, from the outside, form a seamless, near-symmetrical whole. Battersea A, erected in 1935, is Art Deco, while Battersea B, finished in 1955, is industrial utilitarian.

Battersea Power Station erected “ghosts” of the ancient turbines in the Turbine Halls to celebrate this milestone and the building’s history. At their heyday, they supplied a fifth of London’s electricity, including Buckingham Palace and Parliament. In 1983, the Power Station closed.

These structures’ original locations are stencilled into the Power Station’s Turbine Halls, which currently host over 100 stores, bars, and restaurants. The Grade II* building features 254 apartments, more than 500,000 sq ft of office space, and a unique events and leisure offering, including the chimney lift experience, which will transport tourists 109 metres up the Power Station’s north west chimney, affording 360-degree views of London’s skyline. The six-acre riverfront park opened this year and hosted the Queen’s Platinum Jubilee celebrations.

As part of the Power Station’s renovation, craftsmen and suppliers were sourced from around the UK. Thousands of construction and design jobs have been created throughout the building’s restoration, and over 2,500 employment will be created when the Power Station opens.

Working together with WilkinsonEyre, Mace Group, and Historic England, considerable restoration work has been done across the Power Station to conserve and improve its historic characteristics. Four landmark chimneys were meticulously reconstructed utilising the original construction style after comprehensive assessments found them hazardous. Over 25,000 wheelbarrows of concrete were hand-poured into shuttered tiers. Each chimney required 375 litres of paint, which was matched to original samples.

To mimic the originals, 1.75 million handmade bricks were ordered from two British brickmakers. Northcot Brick, situated in Gloucestershire, made 1.3 million bricks to rebuild 1930s and 1940s elements of the Power Station. Blockleys in Telford, Shropshire, made 440,000 bricks to restore 1950s parts of the building.

“On behalf of the Shareholders, Sime Darby Property, S P Setia, and the Employees’ Provident Fund, together with PNB, we are happy to announce practical completion of Battersea Power Station’s main build, creating a new place to live, work, dine, and play. This is the conclusion of eight years of restoration work, transforming a dilapidated building into a world-class destination.

We’re helping retail and leisure brands fit out their areas before the building’s fall opening.

We applaud the team of specialists and visionaries that helped make the shareholders’ vision a reality.

“We are proud of the work the Mace team, our expert trade contractors, our client Battersea Power Station, architects WilkinsonEyre, and the wider project team have done to restore one of the UK’s architectural icons.

This is one of the most difficult construction projects ever completed in the UK, and we’re excited to see a structure that’s been abandoned for nearly 40 years come to life.

Electric Boulevard will connect the development to the future Zone 1 Northern Line London Underground station, opening in 2021. This will strengthen the local economy and provide over 17,000 employment.

Overall, we have discussed that at the £400 million Teesworks offshore wind project, 20 senior construction positions are currently accepting applications from locals. The Kendal Flood Risk Management Scheme is still under construction, and in the upcoming weeks, work is expected to begin at two further locations. Major contractors have pledged to reduce carbon emissions from the concrete industry. After eight years of meticulous renovation, Battersea Power Station has announced that the Grade II* listed power station is now practically complete.