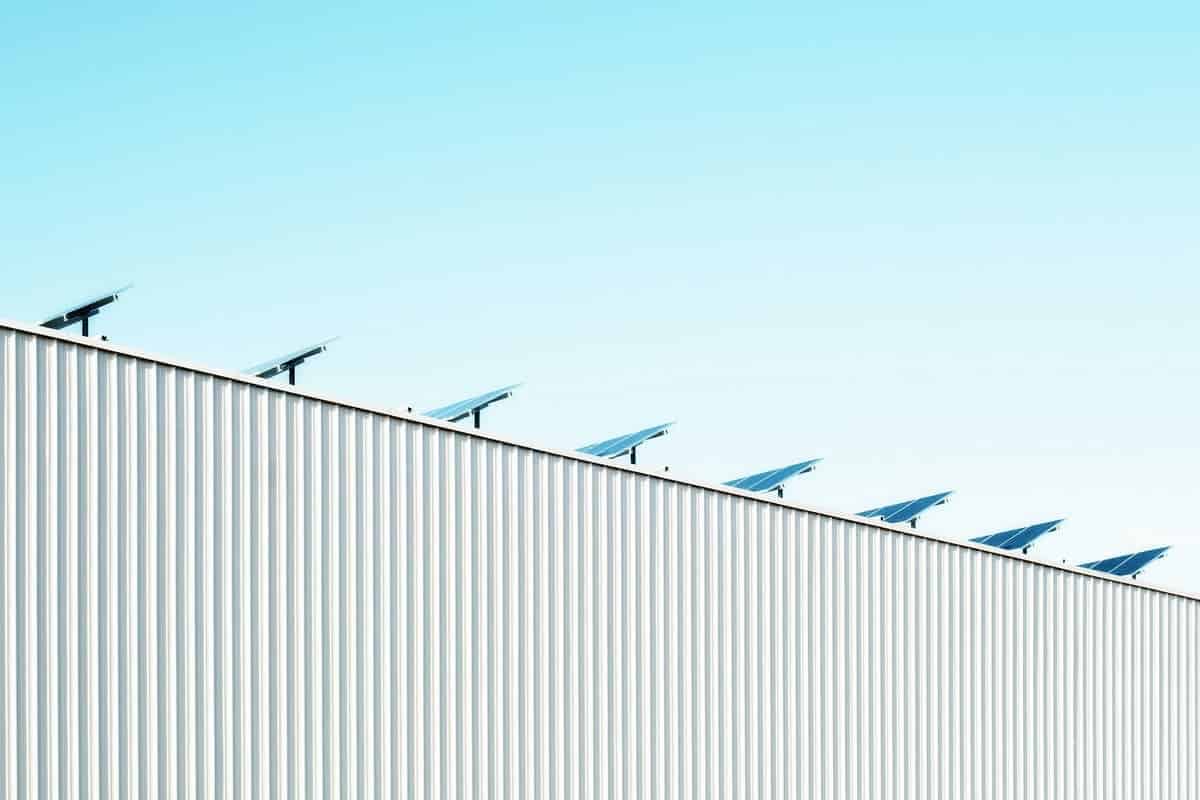 In this article, you will learn more about HanmiGlobal’s acquisition of Walker Sime and how Quinbrook Infrastructure Partners secured a Contract for Difference in the last auction. In addition, EBBA is constructing a Construction Skills School alongside their partners. Club Pilates has also signed a master franchise agreement in the United Kingdom.

Walker Sime is acquired by HanmiGlobal

HanmiGlobal announced on July 12 that it had acquired British PM firm Walker Sime.

Through its British affiliate, HanmiGlobal bought 92.5% of Walker Sime. Walker Sime’s excellent people resources and technology will be used to provide professional technology and services to global clients.

In 2019, HanmiGlobal purchased K2, another British PM business. Turner & Townsend Korea was founded in 2010 in conjunction with the worldwide cost management organization. HanmiGlobal intends to expand throughout Europe by sharing customers and services with Walker Sime.

Quinbrook Infrastructure Partners, a global investment manager focused exclusively on the new infrastructure needed for the energy transition, announced today that its consented 350 MW solar + battery storage project in Kent, UK (“Project Fortress”) has secured a 15-year Contract for Difference (“CfD”) in the latest auction round.

Project Fortress was the largest solar PV project to obtain a CfD in round 4, securing a record amount of renewable energy in the UK government’s flagship auction scheme. The Secretary of State for Business, Energy and Industrial Strategy (BEIS) confirmed that the fourth round of the CfD scheme was the most successful ever, securing almost 11 GW across a range of clean technologies, boosting British energy security and independence with cleaner, more affordable and diverse energy produced in the UK.

Project Fortress development is expected to begin by year’s end. Once operational, Project Fortress will be the UK’s largest solar PV plant. Adding battery storage to large-scale solar generation at Project Fortress is aimed to increase energy security and stability for the UK power system and maintain the UK’s sustainable quest to Net Zero.

Project Fortress, an NSIP, was approved by BEIS in May 2020. Project Fortress is expected to generate enough renewable power to power 100,000 UK homes and eliminate carbon emissions by 164,450 tonnes in its first year alone. Project Fortress involves a landscape and biodiversity management strategy established with Natural England, Kent Wildlife Trust, RSPB, and the Environment Agency. The plan will add more than 3.5 km of native hedgerow screen planting and achieve a net gain of 65% in biodiversity.

Rory Quinlan, Co-Founder and Managing Partner of Quinbrook, said, “The award of a 15-year fully indexed CfD is a significant milestone and completes the first phase of our plan to sell the solar power generated by Project Fortress in multiple tranches, leveraging the benefit of the secure CfD revenues which offer significant capital protection with value upside. We’ll contract the remaining project supply capacity to business and utility customers in the coming months. We’re buying equipment and want to start building this year.”

The Quinbrook Founders have invested in UK renewables and grid support projects for over 20 years. Quinlan added, “The acute power price volatility and security of energy supply concerns we’ve experienced in the UK in the past year underline how vital additional capacity investment in the UK will be to deliver the energy transition without disruption. We expect Project Fortress to boost UK energy independence.”

Quinbrook focuses on prospects from the UK’s accelerated energy transformation to decarbonize its power grid by 2035. With more than 20 GW of aging thermal plants retiring this decade, long-term capital investment will be needed in new renewables supply infrastructure, battery storage, smart grid, and related companies. Quinbrook sees the need for additional supply and grid support infrastructure as an opportunity to generate verifiable ESG effects via asset creation and optimization, which is fundamental to any “high impact” investment thesis.

Quinbrook Infrastructure Partners focuses on renewables, storage, grid support infrastructure, and asset management in the US, UK, and Australia. Quinbrook is directed and managed by a senior team of power industry professionals that have invested USD 8.2 billion in energy infrastructure assets since the early 1990s, totaling USD 28.7 billion, or 19.5 GW of power supply capacity. The Quinbrook investment and asset management company comprises offices in Houston, London, Jersey, and the Gold Coast of Australia. Quinbrook has invested in utility and distributed wind, grid support, biomass, battery storage, and “smart grid’ projects in the US, UK, and Australia.

EBBA and the London Legacy Development Corporation are building a construction skills learning facility. In partnership with CITB and TFL, the construction school offers subsidized education and training. In 2021, Phase 1 of the building skills school was finished. After being hired to design the Olympic Park, EBBA helped deliver the project. The Construction Industry Training Board and the Skills Centre will manage the public scheme for the next 4 years. It will provide “hands-on” learning to local people.

The requirement sought for an innovative, sustainable way to clad three classroom blocks in two phases. The design has to be low-maintenance and adaptable to the converted cabins donated to the project. The design brief also asked for proposals for landscaping around the site and the park’s edge, which provides a gateway to Hackney Wick.

The goal was to create an active frontage that allowed views into the construction skills center while simultaneously responding to the changing neighborhood. The strong visual language helps produce a marker that binds the edge and diffuses the conditions between the industrial vistas to the north and the natural attractive sceneries along the canal.

EBBA sought to build a lively architecture that reflected its occupants. Using their low-cost project knowledge to build a plan to get a high-quality, polished product with simple methods. For EBBA, it’s crucial to take care while creating all building kinds, including temporary ones, as they play a vital part in area development and can bring joy to those who experience them.

The project’s achievement was in creating a site identity that ties to the training institution and the idea of making. Architecture loses the assembling experience, and this was meant to be apparent in the end output. As a method to connect to the site, we wanted to see many things made. EBBA’s role in the project involved producing large-scale models and prototypes and working with experienced artisans to see the design come together.

The language of frames and screens meant to readily clothe the cabins’ exteriors conveys the building’s modularity. Repurposed cottages needed a solution to explain their elevations so they read as one building. The repeating system enables for flexible window spacing on different cabins and quick installation.

Design also organizes the site as a cluster of buildings so they read consistently from diverse perspective points. A fun composition with several screen densities alternates between open and closed according to elevation. The courtyard elevations use less material as a result. Overall, the goal was to make a temporary system that can be disassembled, repurposed, and reused.

Richard Uku, founder of Deblankson Fitness Group and multi-unit franchisee of Club Pilates and AKT in the U.S., is behind the Master Franchise Agreement in the U.K. He has six studios in NJ and NY. Uku grew up in the UK, attended college, and began his career in corporate finance in London. When Wall Street called, he relocated to the U.S. Since joining Club Pilates in 2016, he’s wanted to bring it to the UK.

Richard Uku is a seasoned Club Pilates owner, and Xponential Fitness looks forward to working together with him to launch Club Pilates in the UK. Richard will use the skills he’s developed as a U.S. owner to bring the life-changing benefits of Pilates to millions of Britons.

Pilates employing the Reformer and other equipment is still a niche market in the UK, according to Uku. This gives Club Pilates a chance to grow in the UK as it has in the US. The Deblankson Fitness Group is delighted to bring Club Pilates to the UK.

Club Pilates debuted in Canada in 2018 and has since extended to four continents and Singapore. The brand also plans to launch its first studio in Germany in late 2022. Xponential Fitness franchises boutique fitness brands such as Pure Barre, CycleBar, StretchLab, Row House, YogaSix, AKT, Rumble, BFT, and STRIDE.

In today’s news, you discovered that Walker Sime is a construction project management, cost-management, and architectural design management company in the UK that HanmiGlobal bought on July 12th. Another British PM firm was also purchased in 2019 by HanmiGlobal. Professional technology and services will be provided to clients all over the world by Walker Sime, utilizing the company’s superior human resources and technological resources. In total, Walker Sime was purchased for 92.5 percent of its market value.

Quinbrook Project Fortress was the largest solar PV project to secure a CfD in round 4, securing a record amount of renewable energy in the UK government’s flagship auction program. A 15-year contract has been negotiated. Construction of Project Fortress is anticipated to commence by the end of the year, making it the world’s largest solar PV facility once it is operational.

CITB and TFL collaborate with the school to provide subsidized education and training. The project’s accomplishment was the creation of a site identity that connects to the training school and the concept of making things oneself. It aimed for an original, sustainable, energetic, and lively frontage and architecture. The ultimate goal was to create a temporary system that could be disassembled, repurposed, and re-used. 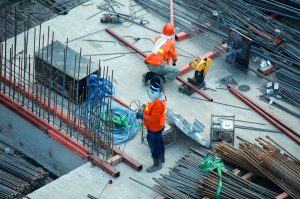