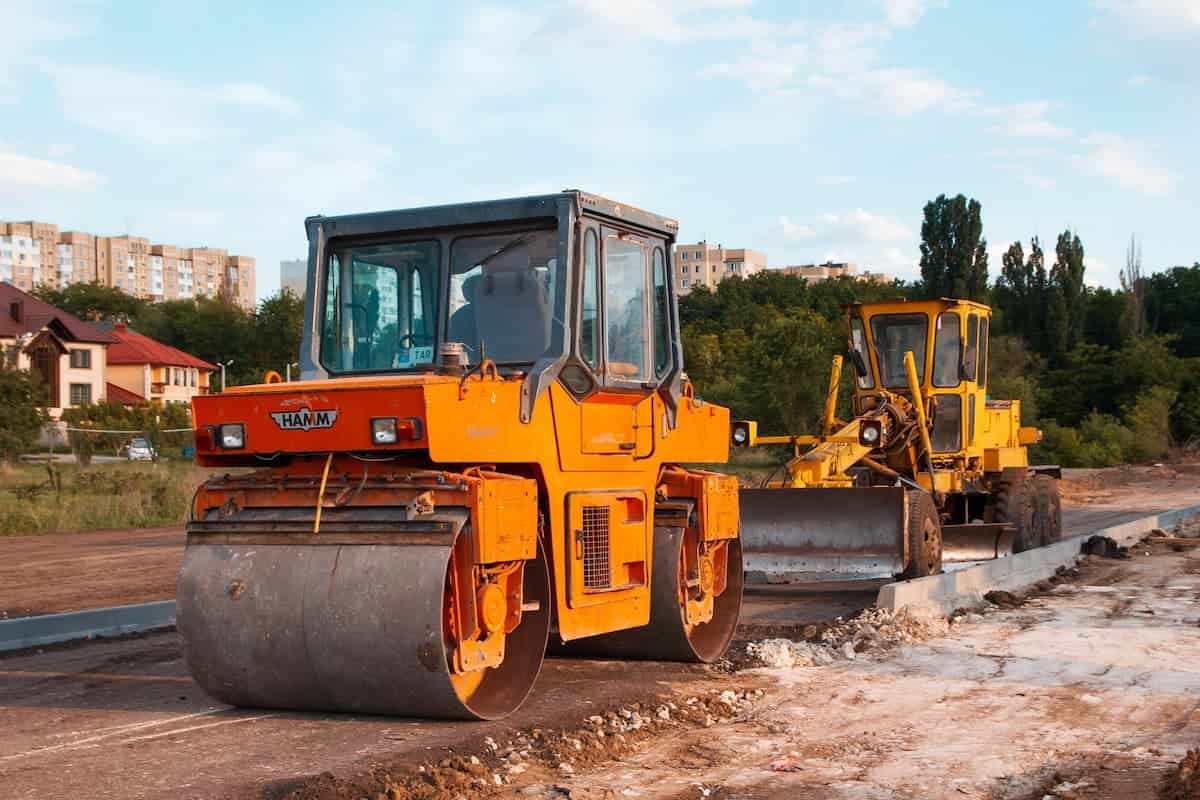 In this article, you will find out about the construction of Salisbury River Park in its entirety. A project that cost 27 million pounds will lower the likelihood of flooding for 350 homes and businesses in Salisbury. Both the environment and the risk of floods in the city will benefit from the programme. On Wednesday, the United Kingdom gave its blessing to the proposed construction of the Sizewell C nuclear reactor in southeast England. Read on for further information. Additionally, VolkerWessels saw an increase in its profit. The group margin improved to 2.4 percent, and the secured order book reached 1.7 billion pounds, which together established a strong basis for the company’s continued expansion. Nevertheless, a noisy building in Derby became a huge disruption to the households that were located nearby.

The building of Salisbury River Park has begun.

It will safeguard homes and businesses from flooding and benefit the environment.

Once the allotment shop is moved, Salisbury City Council will convert the allotment shop and existing bathrooms into a concession stand and fully accessible restrooms with baby change and changing areas facilities (which provide a changing bench, hoist and enough space for a carer). This investment will ensure that everyone in our community can enjoy the new River Park.

The improvements will continue to affect Central Car Park as parking places are temporarily eliminated for site compound and public safety. Several walks and bike paths will be redirected and reopened when it’s safe. Diversions will be signposted and staff will be on hand to help. When finished, the initiative will improve footpaths and bike pathways in the neighborhood.

“Construction is a big step for Salisbury River Park.” “It’s the first step toward stronger flood protection for the city.”

“We realize how destructive floods can be, so we prioritize safeguarding people and communities.” “Working with our partners, we’re delighted about the benefits this initiative will provide people and animals in Salisbury.”

“I’m delighted to see this project take shape and leave a lasting legacy.”

“Salisbury City Council is excited to see the next phase of this project, which will enhance the environment and provide a pleasant space for residents and visitors to enjoy one of Salisbury’s great river assets.”

“This interesting and vital endeavor protects Salisbury’s ancient beauty.” “In addition to saving 350 houses and businesses from flooding, the program will plant 600 trees, restore the area’s natural habitat, and offer more cycling and walking paths.”

“Improving the area’s attractiveness would encourage more visitors, which will help the city’s economic recovery and growth.”

The primary construction will be done in April 2024.

Britain approved the planned Sizewell C nuclear facility in southeast England on Wednesday, the government’s business department said. The project is anticipated to help the country reach its net-zero targets.

The project, which will power 6 million homes, is majority-owned by French utility EDF (EDF.PA) and will be built near Sizewell, Suffolk.

Britain hopes the new nuclear reactor will help it be more energy independent in the long run, as countries strive to reduce dependence on external supplies after the Russia-Ukraine conflict sent gas prices soaring.

EDF said it is in talks with the government about funding the project and expects to decide in 2023.

Britain will donate $100 million to help develop the facility and potentially invest in it.

Sizewell could be eligible for funding under the regulated-asset-base (RAB) approach, which pays businesses developing new plants during construction, reducing their development risk and allowing them to access cheaper financing.

RAB’s critics believe taxpayers will be liable for cost overruns and delays.

The group margin recovered to 2.4% and the secured order book reached £1.7bn, laying a solid foundation for future growth.

Chairman Alan Robertson remarked, “The operational result increased to £28m due to good delivery in VolkerFitzpatrick, VolkerRail, VolkerHighways, VolkerLaser and much of the VolkerStevin activity, despite losses on a number of VolkerStevin projects.”

We observed considerable growth in the rail infrastructure industry in 2021, partially due to delayed projects in 2020 and successful involvement in key contracts, including HS2, the East of Leeds projects, the East West Train project, and the Barking Riverside overland rail extension.

As expected, our marine, energy, water, and environmental infrastructure divisions suffered a drop in income as we focused on risk-sharing contracts.

Staff levels climbed 8% to 3,500 due to more operational staff.

Taylor Wimpey built the new estate. Three phases will build 50 homes off Deep Dale Lane. Residents living near the initial phase of construction claim they are furious and frustrated by the incessant industrial noise – so much so that their homes are trembling.

Dust from building work is spreading to homeowners’ back gardens and automobiles, making it impossible to hang out laundry and forcing them to cover doors and windows in hot weather. Taylor Wimpey has apologized to residents.

Denise Smith, a teacher who lives in Watten Close, said, “Piling machines are right beside our homes.” Laughable sounds. Our houses shook.

Because it’s so close to our homes, the vibration is uncomfortable for weeks. We’ve filed complaint after complaint with the local council. The developer broke many rules, in my opinion. This once-quiet cul-de-sac now has a daily cacophony.

“The other day, two piling machines ran all day without apology.” “I’ve complained twice about the dust on my car, but nothing has been done.” “We can’t open our doors or windows on a warm day.”

Residents are particularly worried about floods because part of the property is being developed on a floodplain.

Ms. Smith noted, “We initially opposed the development because part of it is located on our floodplain.” “In heavy rain, this area floods.” “We fear flooding.”

Dave Coldbourn of Loyne Close said piling work is happening because developers found “no stable base” to build on.

“The residences will be elevated, but this wasn’t in the initial plans,” stated the 51-year-old. “Monster Dwellings”

Salisbury River Park is now under construction with the goal of reducing flood risk for 350 homes and businesses in the city of Salisbury. It will create wildlife habitat along the riverfront on two hectares, remove barriers to fish migration upstream, and create public open space on thirteen hectares. Residents and visitors alike benefit from the improved foot and bike paths. Efforts will be made to ensure that the devastating floods do not occur again. Constructing this park is an important first step for the Salisbury River Park, according to the agency’s Ron Curtis.

In the meantime, development of EDF’s Sizewell C nuclear project has been permitted. EDF (EDF.PA) is the principal owner of the project, which will power 6 million homes and will be built near Sizewell, Suffolk. After the Russia-Ukraine conflict pushed gas prices soaring, countries are trying to minimize their reliance on external supplies by building new nuclear reactors, which the United Kingdom hopes will help it become more energy independent in the long run. The facility will receive a $100 million donation from the British government, which may also invest in it.

Despite losses on some VolkerStevin projects, Chairman Alan Robertson noted that “the operating result increased to £28 million as a result of good delivery in VolkerFitzpatrick,” “VolkerRail,” “VolkerHighways,” and “VolkerLaser.” Revenue grew 6% to £1.15bn, resulting in a pre-tax profit of £28m as employment numbers stabilized. As a result, they anticipated a decrease in revenue for their marine, energy, water, and environmental infrastructure sectors.

However, construction noise has made surrounding homes in Derby uninhabitable for some time. Many people have complained about the building noise that shakes their homes. In addition to the piling machine being too close to their home, they also have vibrations and dust from construction activities creeping into their home, making it difficult for them to hang clothes or open their windows.