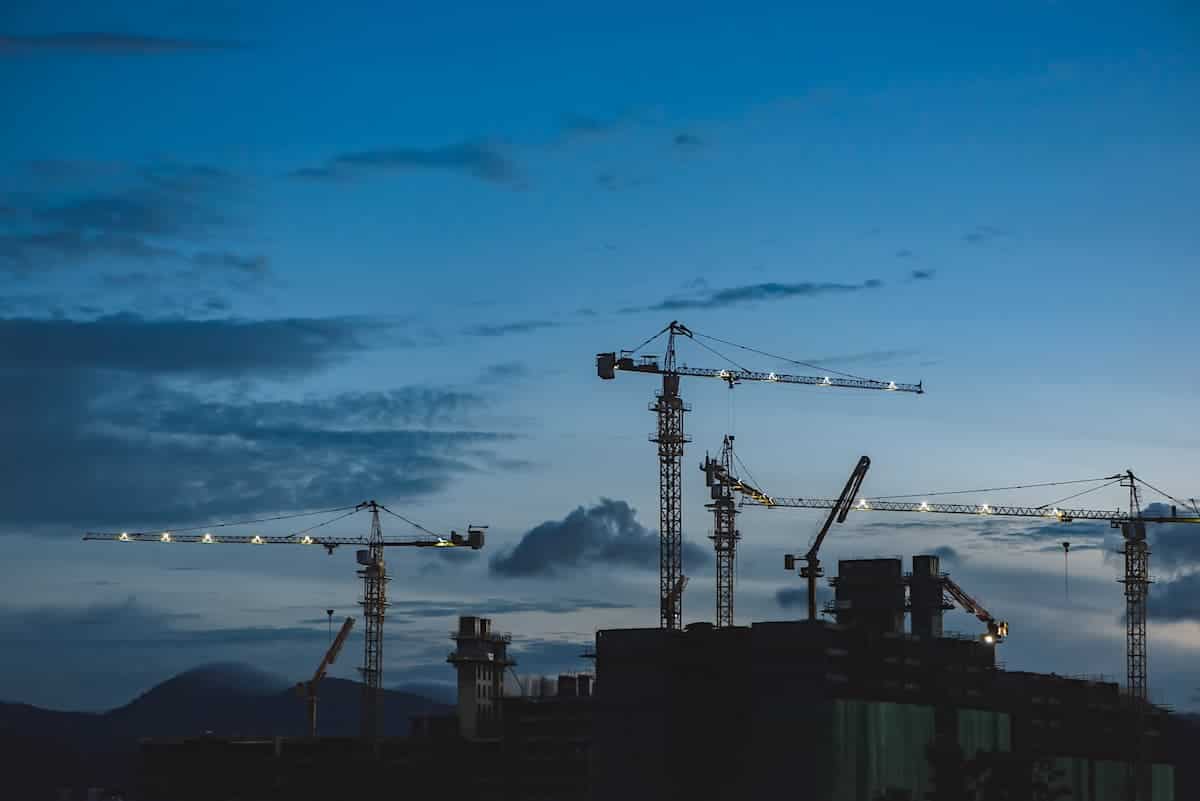 In this article, you’ll find out more about the Dogger Bank Offshore Wind Project, powered by Manor Renewable Energy. The 3.6GW project will receive support from an offshore service provider based in the UK throughout all three phases of construction. Also, an update on the economic issues that the construction industry is currently facing was recently published by the Product Availability working group of the Construction Leadership Council (CLC). Meanwhile, in preparation for potential water supply issues in the future, a water company has proposed the construction of a pipeline that would stretch for 35 miles (56 kilometers) through Lincolnshire. Additionally, in Waltham Abbey, construction hoardings were given a splash of color thanks to a community project.

The UK offshore service company will use generator recycling to power the North Sea wind farm during all three phases of construction.

It will reduce the number of offshore sets needed and allow them to maintain and refuel Walk to Work Vessels.

Manor Renewable Energy will use local employees and contractors for its operational basis, recruiting from the neighboring areas and using local training facilities to find employees and train them.

Dogger Bank will have 277 GE Haliade-X 13MW and 14MW turbines and is 130 to 190 kilometers from the north-east coast of England.

On completion, the wind farm will be the world’s largest, able to power 6 million UK homes.

“It’s evident from the start that the project team is driven to use as much local content as possible, which is a benefit for this significant UK initiative.”

Bringing new employees into the offshore business has always been an important element of our company’s recruitment strategy, and this project will allow a huge number of new workers to gain experience throughout the construction of the world’s largest offshore wind farm.

The company’s generator recycling strategy allows us to operate fewer generators than a usual business of this magnitude, and because our turbines self-sustain, we may operate them for a shorter period of time.

We’re happy to give Manor its largest contract of this type, which will create jobs in the north and north-east of England.

With a few exceptions, product availability continues to improve throughout all categories and areas, except for Northern Ireland, where different issues hinder shipping.

Inflation, fueled by the Ukraine conflict, has stabilized. Demand softening, especially at the retail end of the market, has moderated price rises for some products, but this is unlikely to cut project costs in the short term. Inflation will likely remain low for the rest of the year in most product categories.

Many UK manufacturers purchase energy on forward contracts to manage risk, but the current extreme price volatility means that some firms’ electricity costs are fluctuating by up to 300 percent day-to-day. This may affect the financial viability of energy-intensive manufacturing during the winter months.

In recent weeks, the availability of aircrete blocks and bricks has improved due to a drop in demand. Summer maintenance programs may temporarily restrict production and reverse this trend due to strong sales of new homes.

In the UK, there are good stockpiles of structural softwood, carcassing, and fencing, and prices have declined as demand has fallen. European and worldwide demand remains strong, and with sanctions on Russian logging, prices may remain steady.

Gas boiler delivery times remain a concern due to increased demand, and extended lead times are predicted through Q1 of 2023. The M&E supply chain is disrupted by availability and inflation.

We’ve also heard of a possible shortage of barrier pipe, used for heating systems and hot and cold water supply, due to a shortfall of a vital US production additive.

New concerns exist regarding the supply and cost of imported glass later this year, as European companies anticipate lower production due to uneconomic energy costs.

Some prominent merchants estimate that just 25% of items from the far east arrive on schedule. Container costs remain high, and limited capacity on several shipping routes may prolong high rates.

Price inflation and the cost of living crisis are harming SME builders in private housing RMI. As customers tighten their belts and grow unwilling to sign contracts without a definite price, SME enquiries and contracts shrink. Reduced work volume will add to SME pressures.

While housebuilders and larger contractors aren’t as affected, they share the market’s concerns about growing energy costs, borrowing rates, and labor shortages. Recruitment is a problem in all areas, with competition for drivers, sales, and front-of-house workers from other industries and enterprises in the sector.

The proposed Anglian Water pipe from Elsham to Waddington could carry 55 million liters per day.

It’s part of a plan to transport water from the north to the drier south.

This year’s crop in the county’s south has been damaged by a lack of rain.

He added the problem was also in the east of England, where most UK potatoes are cultivated.

According to Anglian Water, the east of the country has a big issue with an increasing population and drier weather.

In 2011, Lincolnshire was in a drought and water use was restricted.

Construction of the new subterranean pipeline will mean fewer houses and businesses rely on a single water supply, the company claimed.

The pipeline will cross the City of Lincoln, West Lindsey, North Kesteven, and North Lincolnshire.

If permitted, starting activities are expected for this winter or early 2023, with full construction due by 2025.

The company has begun work on other linking pipelines as part of “one of the greatest infrastructure projects in the UK.”

It says the £400m initiative will “protect water supplies for future generations” and “be longer than any UK road”.

King Harold School pupils in grades 7, 8, and 9 have been painting wooden canvases for hoardings.

Behind the hoarding, a ruined hostel stands. Soon, construction will begin on a four-story building with 16 modern flats for general sale and a two-to-three-story structure with 10 modern apartments for people with learning difficulties.

Meanwhile, the CLC Group reports that construction circumstances are beginning to improve, but there are still many obstacles to overcome. With a few exceptions, product availability continues to improve throughout all categories and localities, with the exception of Northern Ireland, where various challenges impede shipping.

On the other hand, the firm claims that the new subterranean pipeline will reduce dependency on a single water supply. The pipeline runs through Lincoln, West Lindsey, North Kesteven, and North Lincolnshire. If approved, construction will be completed by 2025. The company has begun work on linking pipelines for “one of the UK’s largest infrastructure projects.” The £400 million project would “protect future generations’ water supply” and be “longer than any UK motorway.”

In addition, the former Shernbroke Hostel in Waltham Abbey is being refurbished. Essex Housing is in charge of creating the blueprints. Essex Housing, the Ninefields Residents Association, the Essex Youth Service, and the King Harold Academy collaborated to modify the Shernbroke Road hoardings. The company’s actual name and logo will be revealed in early 2023.