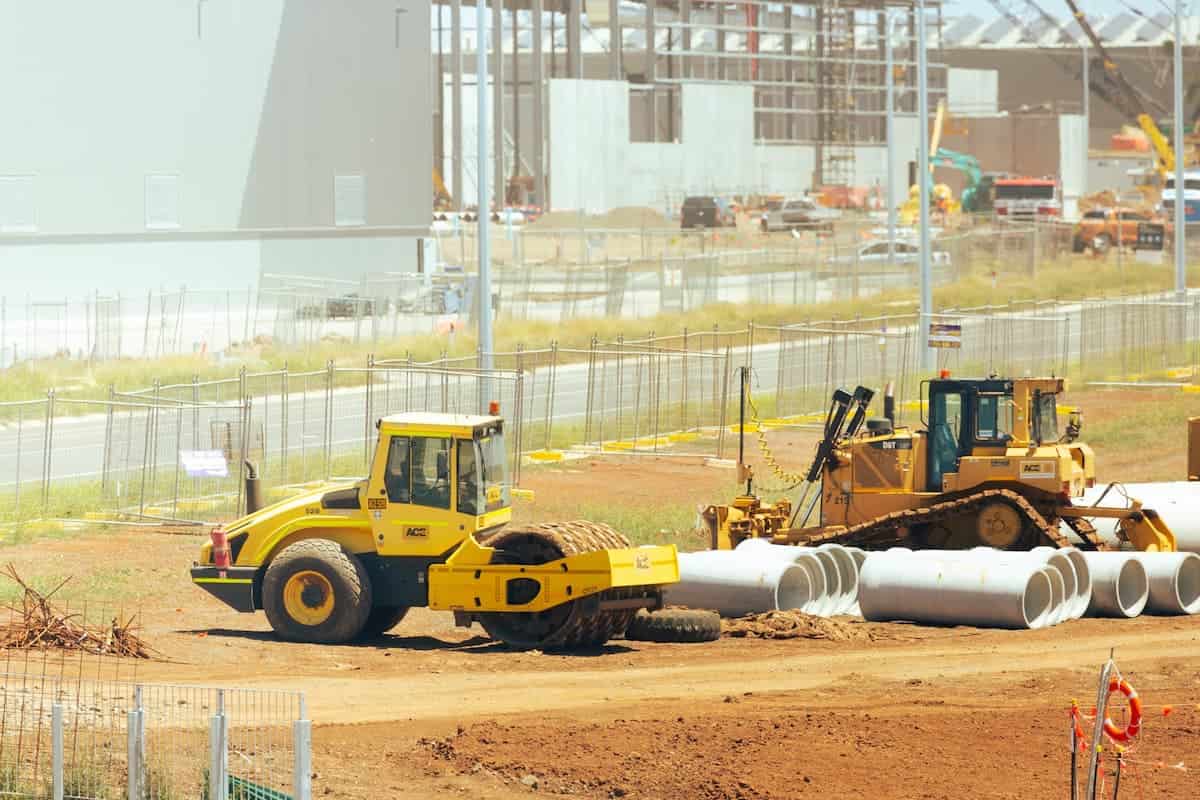 By reading this post, you will learn more about the departure of the largest contractor in the UK, Balfour Beatty, from the industry group Build UK. On the other hand, 96 percent of professionals working in construction and capital projects had a favorable outlook. According to these individuals, digital technology is a growth generator; nonetheless, transformation demands improved change management because the successful creation of digital transformation depends on human-centric implementation. In addition, increasing diversity and the number of women who are represented in the industry is a passion of mine, as stated by the senior Vice-President of the Chartered Institute of Building (CIOB) and a woman who has been working in the industry for a significant amount of time. Discover more about it in this article. On the other hand, one million tons of construction materials were successfully delivered to HS2 locations, which has been cause for celebration.

Build UK claims to be a link between construction and government decision-makers.

According to the Enquirer, Balfour no longer needed its services due to its size and in-house relationships.

One industry analyst observed, “These things come in cycles, and many industry large players have direct relationships in Whitehall. Why would you need a trade body to speak second hand for you when you can go by yourself? “

96% of capital projects and construction professionals are positive. Digital technology is a growth generator, but transformation requires better change management.

InEight Inc., a construction project management software pioneer, releases its second annual Global Capital Projects Outlook. The Outlook is based on research with 300 of the world’s largest project owners and contractors in the Americas, Europe, and APAC.

96% of respondents are confident about their company’s growth prospects for the coming year, up from 92% in 2021. Digital technologies (57%) and data collection, analytics, and insights (53%) offer high development potential, but 93% of respondents felt change management should be improved, signaling a need for a more sophisticated, human-centric approach to technology deployment.

Respondents mentioned the difficulties of integrating with existing systems and a shortage of technically qualified staff as impediments to increasing technology investment.

InEight CEO Jake Macholtz says: “Everyone we talk to talks about owner and contractor development. The industry’s optimism, resilience, and confidence are palpable. This is encouraging given the economy and digital transformation implementation obstacles.” “Digital technology’s potential to improve the world seems to be lifting morale.”

94% of respondents had concerns about digital transformation’s future, stressing the necessity for a human-centric approach. Reduced in-person communication (45%), professional expertise and intuition being substituted by technology (43%), damage to work-life balance (41%), and job automation (39%) were all top concerns.

“Respondents are clear on the advantages of digital technologies and eager to realize this new vision of the future, but the industry is falling short when it comes to managing organizational change,” continues Macholtz.

Despite supply chain limitations, inflationary pressure, energy issues, and the Ukraine crisis, capital project owners and contractors are optimistic. Notably, respondents reported an increase in building and capital project investment (from 68% last year to 76% in 2022). Resilience also remains strong, with 91% of respondents rating their business as extremely or very robust.

Respondents cited unmanaged or unforeseen risk as the most influential element in project completion on time and on budget.

Ineight.com/annual-global-capital-projects-report has the whole report.

This report is based on a March 2022 online poll of 300 large company capital project and construction specialists.

100 respondents each from the Americas, Europe, and APAC were included in the report. 67% are project owners and 33% are contractors globally.

To gain a true picture of the global construction sector, we included those in construction roles across broader industries, such as:

The poll was planned and completed using a global enterprise technology market research partner, with data assessed and given to InEight experts for discussion.

We compared the results to our 2021 survey where possible. Due to new questions and phrasing changes, this isn’t always doable.

InEight provides project management software for owners, contractors, engineers, and designers. Over 575,000 users and more than 850 customers worldwide use InEight to manage risk and keep projects on schedule and within budget.

Women make up less than 2% of UK tradespeople. We still have a long way to go when it comes to diversity in building, says Sandi Rhys-Jones, senior vice-president of the Chartered Institute of Building. In North America, the ratio is 10 percent.

This lack of diversity in construction means companies are missing out on innovation, various ideas, and creativity, all of which are needed for a firm to be truly successful, not just in terms of profitability but also employee wellbeing and client happiness.

As senior vice-president of the Chartered Institute of Building (CIOB) and a woman in business for many years, boosting diversity and female representation is a passion of mine.

It was an honor to be part of an uplifting event hosted by CIOB in the Houses of Parliament, along with Emily Thornberry MP and a delegation of inspiring women from North America, who spoke of their own battles to break into the male-dominated construction world and how they’re gradually bringing about change.

Education and employment are broken.

Craftswomen Bridges’ creator, Susan Moir, didn’t hold back when laying out why the UK lags behind North America in attracting more women into trades. The education and job systems are faulty and must be fixed. It’s more than just installing female facilities, which is a fantastic start but not enough to boost the numbers.

Susan’s passionate speech about role models, education, and trade unions was welcomed with nods, clapping, and whoops. We can learn a lot from Susan and the North American approach to improving female participation, and I see the parliamentary event as the start of CIOB’s partnership with them as we help our members to embrace diversity.

Domestically, there’s a desire for more female traders that isn’t being met. Prior to the event, CIOB commissioned consumer research that found 3 in 5 UK residents would engage a female tradesperson for home work, but 10% have tried without success.

The desire to assist more women taking up trades was a prominent theme in the research findings, although not enough of us encourage the young women in our lives to seek trade-based employment and the stereotype that these skills are for boys sadly still remains.

Increasing construction diversity requires coordination and commitment from the industry and society. As a professional association for the industry, CIOB continues to offer support and guidance. In 2021, it hired a full-time head of equality, diversity, and inclusion (ED&I) for this reason. Later that year, its ED&I charter asked built environment companies to sign up to five steps to build a more diverse and inclusive workspace.

At the end of June, 75 organizations had signed the charter and committed to leadership, planning, establishing a welcoming culture, and being transparent and accountable for their efforts. By signing up, they show potential recruits they desire the best talent from all walks of life, which increases employee belonging and credibility with clients.

It demonstrates a willingness to develop, but we all need to do more to create a built environment for the UK’s various communities. This can only be done if the individuals designing and creating the surroundings are as diverse as the communities themselves.

583 trains were delivered to three locations in Calvert and Aylesbury over the course of 18 months. It comes as HS2 advances in Buckinghamshire. Two tunneling machines have completed over 3 miles of the Chiltern tunnel, and drawings for the Calvert Infrastructure Maintenance depot have been revealed. The first “green tunnel” is being built in Chipping Warden.

In 2020, Calvert’s first railhead became operational. Initially, 180 trains were to haul gravel from Hanson quarries in west England. Following the project’s success, new railheads were built near Calvert and Aylesbury to boost material delivery by rail.

We’re concerned about limiting construction’s impact on the local community, and every freight train hauling materials is the equivalent of 70 trucks on local roads.

HS2 will offer zero-carbon travel for passengers, but we must also reduce carbon in construction. We’ve worked with Network Rail, EKFB, and the freight operators for years to make rail deliveries viable, and it’s amazing to see that our freight trains have crossed 1 million tonnes.

“The EKFB Logistics Team tries to optimize delivery, and material by rail is crucial to that.” With the help of Fishbone Solutions, Hanson, DB Cargo UK, RFS, and Mendip Rail, EKFB was able to remove a large number of cars from roads next to construction sites, reducing the impact on local people and transforming how we manage logistics on this project.

“It’s no easy task, but we’re proud of our accomplishments thus far and look forward to the next million tons.”

In today’s news, we discussed the departure of the largest contractor, Balfour Beatty, from the industry group Build UK. The Enquirer claims that as a result of Balfour’s growth and the in-house relationships it has, the company no longer requires its services.

On the other side, Construction project management software pioneer releases Global Capital Projects Outlook. The Outlook is based on interviews with 300 project owners and contractors in the Americas, Europe, and APAC. Respondents cited integration issues and a lack of technically skilled employees as barriers to growing technology expenditure.

Furthermore, Sandi Rhys-Jones, senior vice-president of the Chartered Institute of Building, says that boosting diversity and female representation is her passion. Women make up less than 2% of UK tradespeople. This lack of diversity in construction means companies are missing out on innovation, various ideas, and creativity, all of which are needed for a firm to be truly successful, not just in terms of profitability but also in employee wellbeing and client happiness.

DB Cargo UK delivered 1 million tonnes of construction materials to HS2 construction sites this week. Rohan Perin, an HS2 client, stated that he wishes to minimize the impact of development on the local community. Each freight train transporting supplies is the equivalent of 70 trucks driving on local roads. 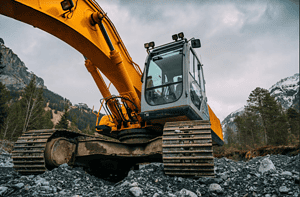