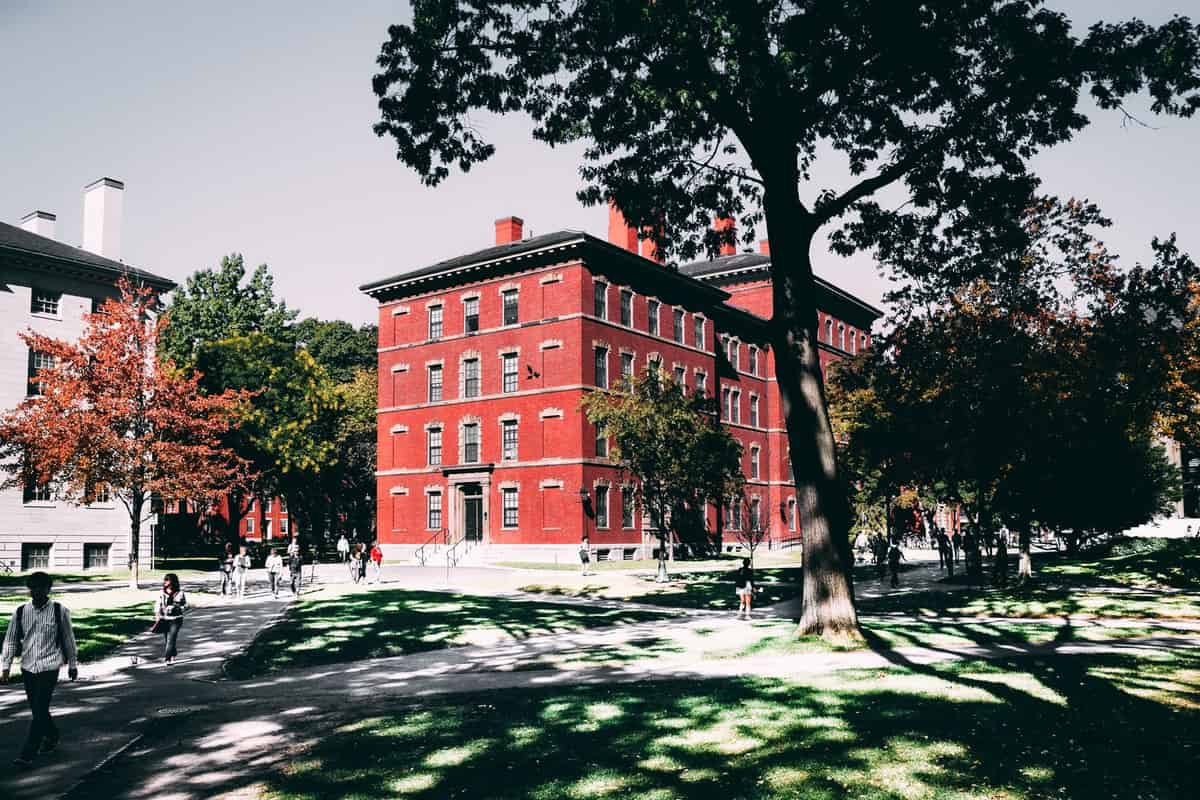 In this post, you will learn more about the nation’s first secure school that is now under construction, a unique new facility for young people in custody that places an emphasis on education and aims to steer them away from a life of crime. On the other hand, this coming week, construction will begin on the third part of Great Yarmouth’s $4.7 million market. The 30-year-old canopy has been replaced with a new six-day market cover. Furthermore, angry Tillydrone parents have called for a public meeting to express their outrage at the council’s decision to halt building of their new school. And, an authority has expressed concern that a recent uptick in insolvency filings by construction companies like Brymor Construction could spread a “contagion” to other sectors of the economy.

The first secure school is built

The school will be on the grounds of the now-closed Medway Secure Training Center in Kent. Every student will be enrolled in formal study or training and encouraged to pursue further education or work upon release.

It will be operated by education company Oasis Restore rather than the Prison Service and laid out like a school. Staff will be educated to give a wide curriculum, one-on-one learning support, and rigorous targets in English and arithmetic. Ofsted inspectors will hold the school to the same standards as other schools country wide, ensuring a high-quality education.

Young people will also participate in a weekly physical education program and earn sports and leisure credentials. This teaches life skills and boosts independence and employability.

Youth reoffending rates for minors who got prison or community sentences have declined from 38% in 2012 to 34% in 2022, but they remain roughly 9% higher than adult reoffending.

They also have disturbed education. 60% are not in school before entering custody owing to truancy, suspension, or expulsion, losing months or years of learning that could have helped them avoid a life of crime.

First-ever secure school. It’s a school with prison walls that will give juvenile offenders who need incarceration a customized curriculum and mental health help to turn away from crime and get into training and work.

It reduces recidivism and makes our streets safer.

The new school’s design is based on international, peer-reviewed research showing that smaller settings, high-quality education and healthcare, and a specialized workforce of teachers and youth workers are important to successfully rehabilitating kids in detention.

Medway’s previous jail-style characteristics have been removed, and the finished location will resemble a residential school within protective prison walls.

It will have bar-less windows and the newest secure in-room technology, allowing youngsters to accomplish homework and projects in their rooms, organize their routines, and contact their families safely.

The site will be given over to Oasis Restore in autumn 2023, with the first students arriving in 2024.

Society has traditionally believed that disciplining kids will help them. Research suggests this is ineffective. Child abuse won’t help. Psychologically wounded youngsters can’t be healed by punishment. Then you wonder why so many reoffend after release.

Oasis isn’t minimizing a teen’s wrongdoing or a victim’s sorrow. Youth justice needs a revolution. Oasis Restore, the country’s first secure school, focuses on therapeutic care, education, and a positive transition into life outside our gates, allowing students to thrive.

The school’s focus on getting troublesome teens jobs or further education is part of the government’s effort to reduce reoffending, which has fallen 5% in the last decade.

The new school builds on the government’s Prison Strategy White Paper objectives to improve adult education in jail, combat drug and alcohol addiction, and prepare criminals for work upon release.

The third section of Great Yarmouth’s $4.7 million market will be built next week.

The first portion of the new six-day market has replaced the 30-year-old canopy.

Work on the rest of the building will double its size.

It will involve a piling rig, which may produce noise and vibration in the first week of work.

Council leader Carl Smith and labor group leader Trevor Wainwright are committed to finishing the project and bringing a more accessible and environmentally responsible market to the town.

Some stallholders, notably Barrie’s Tea Stall and Brewer’s Chips, did not migrate to the new market area.

Families, who have pushed for the new build for more than a decade, “beg” the SNP and Liberal Democrat council leadership not to make them wait.

The P&J heard that construction traffic cleared out Wednesday.

The city’s accountants are trying to save money on numerous key projects.

The city has been struck hard by rising construction prices due to COVID, the Ukraine crisis, and Brexit.

The new Tillydrone main appears to be a victim.

Despite efforts to decrease costs, the school is expected to cost £36.2m, roughly £10m more than intended.

Steve Whyte, director of resources, has advised a four-to-six-month wait while the council looks for a better price.

Parents in Tillydrone rage as school construction is halted.

Two months ago, the SNP and Lib Dems agreed to build the school.

On Wednesday, they’ll vote on the freeze.

She begged council leaders not to “renege” on their commitment, saying, “Our community’s children deserve this building, and we’re worried about how long this delay will last.”

The community hasn’t been told about the decision to suspend construction or the expected timeline for the school.

“This is intolerable; we need a public meeting to inform the community.”

The fight for the new Tillydrone school spans a decade.

It took Tillydrone 15 years to get here.

The new structure on the site of the former Tillydrone and St. Machar schools has concrete foundations.

St Machar and Donbank primary schools merged to form Riverbank in 2008, while the Lib Dems and SNP were in power.

At the time, the “overcrowded” Dill Road school was called “totally insufficient.”

It may open this year.

Local labor councilor Ross Grant said neighbors were upset when the facility was locked “without any communication.”

“Having witnessed the foundation work move quickly, parents will be surprised to discover the project has halted,” she said.

First, the council must consult with community groups and individuals to determine next steps.

St Peter’s RC Primary will take over the empty Riverbank and turn it into the city’s first “green school.”

He said, “I’m astonished that Councilor Grant doesn’t know that his Labor-led administration, which was booted out in May, failed to sign a contract for the new Tillydrone Primary.”

I understand this will be disappointing for the parents’ council and wider community, so I’d like to assure them that the SNP and Liberal Democrat alliance governing Aberdeen City Council will deliver a new school for Tillydrone.

107 jobs were preserved when administrators sold Brymor, which developed Southampton’s Horizon Cruise Terminal and the Saints’ new gym at Marchwood.

But the sale to a new company formed by Winchester-based Portchester Equity left £16m due by Hampshire-based Brymor Enterprises to unsecured creditors, who are unlikely to receive any of their money.

The civil engineer Woodmace Ltd and sister company Woodmace Plant Ltd also went into administration and were sold in a pre-pack agreement to the business’s founder and former owner.

More than 100 jobs were spared at the company, which worked on the Horizon terminal and Southampton’s King George V port.

Cost challenges and material shortages, together with rising fuel prices, continue to affect some enterprises.

“The bankruptcy of a significant contractor will affect the supply chain and could spread to the larger economy.”

He recommended suppliers and subcontractors to “prioritize contract management” to avoid payment delays and service level conflicts, and to get any new work in writing.

The sooner counsel is sought from a competent and licensed insolvency expert, the better the outcome, whether it’s restructuring, administration, voluntary arrangement, or liquidation.

In this post, you have already gained information about the first secure school that is now being constructed. The Kent location of the school will be on the site of the former Medway Secure Training Center, which has since been shuttered. Every student will be required to participate in some kind of formal study or training, and they will be strongly encouraged to continue their education or find work after they are released.

Additionally, the construction of the third part of Great Yarmouth’s $4.7 million market is scheduled to begin the following week. Both the leader of the council, Carl Smith, and the leader of the labor group, Trevor Wainwright, are dedicated to seeing the project through to completion and bringing a market that is both more accessible and more environmentally friendly to the community.

On top of that, the heads of finance in Aberdeen anticipate a delay at the Riverbank Primary School site lasting one whole month. Families, who have been advocating for the new construction for more than a decade, “ask” the leadership of the SNP and Liberal Democrat council to not force them to wait any longer.

The administrators for Brymor Group and Brymor Construction stated that the company was facing “difficult trading conditions” as a result of “Brexit, Covid-19, and the escalation of construction costs.” Because of the company’s poor financial performance in 2020, the company’s lender, to whom the business owed $2.85 million, declined to make any further loans.