Following a rise in the number of people gaining unauthorised access to construction sites, particularly in residential areas, an alert is being issued to remind contractors and those in control of construction work involving scaffolding and access ladders, of the need to assess the site and ensure suitable and sufficient measures are in place to prevent members of the public, and especially children from climbing scaffolds and ladders. 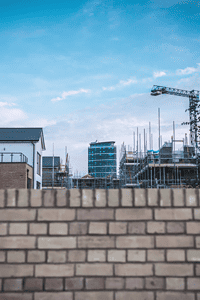 Scaffolding and construction sites can often seems like a giant adventure playground for children, however the reality is that these sites are far from child’s play. Where unauthorised access has been gained, the frequent result is the trespasser falling from height incurring life changing injuries or a fatality. Clients and contractors must therefore ensure that unauthorised access onto scaffolding is prevented, not just outside working hours, but also at times when workers are present but out of sight.

Whilst members of the public and parents have a responsibility to take note of safety signs to deter them from entering construction sites, contractors must take greater effort to ensure that the very young are not able to climb onto scaffolding.  Ultimately however, there is no way to guarantee that an able, determined person will not defeat security measures. This safety alert is therefore not aimed at preventing all, determined trespassers, vandals or opportunistic thieves from finding a way onto a construction site.  It is simply designed to outline the basic measures that must be taken, many of which will also provide a degree of deterrence against those more able and determined to enter the site.

All contractors should carry out a site inspection to assess any potential risks and opportunities for trespassers to access the site. The level of security needed and the options available will depend on a number of factors which include:

The proximity to residential areas, schools and other public venues and whether the scaffold is inside a construction site or on the public boundary

Whether the building being worked on is occupied or not and whether it is occupied or in use out of hours . If it is unoccupied, what length of time is this for i.e. overnight, weekend or over a holiday period.

At a minimum, all construction sites should have perimeter fencing which is continuous and fixed in place . Gaps between gates and the ground and between fixed and moveable fencing should be minimised so that small children cannot climb through or under. Site security should be regularly checked and reviewed to ensure perimeter fencing is kept in good order and that there are no materials, skips, plant, etc stored or parked where they may assist a trespasser to climb into the site.

In addition to the perimeter fencing, in some cases, the full length of the scaffold may need to be fenced. An example of this would be in occupied buildings or public spaces with access to the scaffold at several levels fencing should be used to close off all access opportunities.

The fencing should be installed as the scaffold is built, lift by lift, which means either writing this into the scaffold contract or having a separate contractor working with the scaffolding contractor so that there is no lag between the scaffold going up and fencing being fitted.

If it is not reasonably practicable for ladders at ground level to be removed, or have ladder guards fitted out of hours, then the area should be secured using padlocked fence panels. Where stair towers are fitted to the scaffold, access at ground and other levels should be prevented by padlocked fence panels.  The only exception is where scaffolding or stair towers form part of the planned public escape route of an occupied building.  In this instance, you must ensure that arrangements to stop unauthorised access will not interfere with evacuation of the building in the event of a fire.  However additional fencing or barriers should be installed to prevent anyone climbing away from the designated fire escape route.

Where possible, local fencing within the site should be kept in place during working hours so as to minimise the amount of work that has to be done at the end of  shift.  This will usually need a lockable access gate to be designed into the arrangement.

Where there are other routes onto the scaffold that cannot be fenced off e.g. onto higher lifts from sloping ground or balconies, it is good practice to still remove the ladder but the opening must then be blocked. It is important to note that ladders should not be removed where the route is designated out of hours for fire escape from an occupied building.

Ladder removal will in most cases achieve better control than a ladder guard however there are some instances  where it would not be practical to remove bottom lift ladders out of hours. A ladder guard is a sturdy metal plate that hooks over and padlocks onto several rungs of the ladder to deny access.

Whilst warning signage is appropriate, this is a low level of control and unlikely in itself to deter children. It is vital that the site risk assessment should be kept under review and reports of damage to site or local fencing or trespassing out of working hours should be investigated and security measures reviewed as a matter of urgency.